From Another's Blog: You're So Pretty

(I don't normally share other people's work on my blog...no particular reason, I just don't. But occasionally I come across something that is beautiful and lovely and strikes a chord and I decided that I SHOULD share it. So the first one is from Zainul Meeadh. You can find the original post 'You're so Pretty' here and his blog 'Lil' bit of Zainul' here.

You are so pretty.
I look bad, yes, I know. Thank you.

Now that is a ‘fact’ that I came to conclusions with when I started dating few of the prettiest women and with few of the most amazing classed ones that you’ll find in your neighborhood. As thus, it never bothered me. I don’t’ care what you think of how I look, cuz neither am a I going to flaunt it nor am I gifted with it.

With all those figure of speeches that internet had been successful enough to coin in to the urban modern world, I personally believe this is the best of its kind. It not only means what it should but also insults a one who is being as such fairly enough.

It’s time I wrote about it.

I am a human, yes. Like they say, a one with a lot of confidence and as the majority of you may call a ‘narcissist’. But ironically for the myth behind the word, I am not one who is overly in love with my appearance. Nor am I any inferior about it. But what you say hurts me. Cuz I too am a human.

In one of those many things under my narcissism comes the belief from within me that I am gifted with a decent vocabulary and power to use it. So yes, every time you say something, I am going to counter argue and prove you wrong. And I am still going to win.

And then, as it comes down the list, all that I said above boils down to one thing at the end. The first impression a one might leave behind. And ‘it’s about time’, ‘I wrote about’ ‘the judgmental whores’ to whom ‘I spoke back’ concluding all those speeches with an “I look bad, yes, I know. Thank you.” After the ‘first impression’ I have left on them about me.

One of those gods very few gifts are to look good in another’s eyes. And with all those bad looks that one may complain about, I have had angels in disguise at times reminding me how good I look. But in ones heart, who is told so much about, falls down to what the majority believes in. Like someone once said; “Tell a girl she is beautiful a million times, she’ll never believe you, tell her she is ugly ones, she’ll never forget that” And as I rightly believe, there’s a little girl inside every grown up man, he who succeeds - is the one who hides her the best, inside.

It’s not very pretty to hear all the time,

“Oh, the first time I saw you, I thought you were freaky”
“Ah, that time, you looked scary”
“Oh, had you not talked so much, I wouldn’t have liked you at all”
“Gosh, the way you looked then”
“Yes, she likes you, she has such weird choices”

Yes, these are but few of those lines some of them have said, when we spoke about it a while after getting to know them really well. With some, it was after years, and with some just months and weeks. Either way, majority thought in the same way. And there are a million more from whom you wouldn’t have confronted that, but would still have an uglier picture of that moment.

Does my appearance also make you forget that I am the one you are talking about it to, and I am human, as bad as I may look? I don’t want to boast saying I am the nicest human being on planet earth and I have an awesome personality. NO.
But, I am nice to all of those who know me, even if they have not treated me in the same way, but for me to be nice you should know me. Otherwise for which, I am going to be a Zainul with you, (which the majority of you judgmental whores know me as and which is not a very nice picture either).

With a decent vocabulary and a foul mouth I might be the nastiest person you’d want to confront least ever again in your lives. But let it be because of what I say and what I have been to you. Not reasoning a god forsaken look I have.

The next time, you come across a very masculine man, in whom you fear, there lies a little girl; lie to him, tell him ‘it was my pleasure meeting you’ let alone saying ‘you look so good’

Because when I talk to you, you who read this, I don’t honestly know how good you look, but I’d always say. 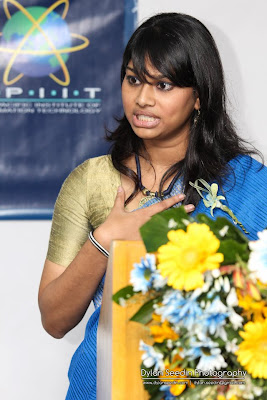 What Does It Mean To Be a Toastmaster?

Why I studied Law – but don’t want to be a lawyer.

Sharanya Sekaram
Gender Activist and Writer based in Colombo, Sri Lanka. Find me on Twitter @sharasekaram